When you are first beginning to work in construction, it is important to learn as much as you can about everything you may come into contract with. Learning will provide you with opportunities. In this article, you will learn about the scraper and its design.

Basic Information Scrapers are heavy pieces of industrial equipment that are used to move heavy objects or large amounts of earth. In the back of the scraper, the hopper has a sharp vertical edge which is used for getting under the material you want to scoop and lifting it up. You can learn more about how it is designed in the section below. Scrapers are only meant to be used for short areas of transportation, such as within a worksite rather than between two worksites. Multiple scrapers can be used together, but the site must have enough space for the scrapers to move comfortably.

Design The hopper is placed in the rear of the vehicle and can be raised or lowered hydraulically. A vertical blade called the apron can then cover the load during transportation. When the scraper reaches its next location with the blade raised, the wall in the back of the scraper, also known as an ejector, pushes the load forward, once again hydraulically. This causes the load to fall out.

Another type of scraper is called the elevating scraper. With an elevating scraper, a conveyor belt made of horizontal strips move in a circle. When the edge of the bowl cuts into the material or the earth, this conveyor belt moves the material along so that the bowl can continue cutting. Most scrapers that follow this design have two axels, a change from the three axels that were used before. Scrapers that are heavier are built with two engines, one that powers the back wheels and one that powers the front wheels. The term for this is tandem power.

Driving Techniques Scrapers are generally built with manual engines. If you do not know how to drive manual, learning to drive it can help you move up in your position at work as you will be able to do well if you have an opportunity to work with a scraper. Other than that, scrapers pretty much drive like most big machines. They are a little slower, and most vehicles have a top speed of up to 50 kph. They also make wider turns. Practicing driving manual will help prepare you if you have an opportunity to drive a scraper.

Read in about 2 Minutes 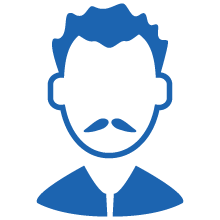 Do you have questions about industrial processes? Are you wondering about manufacturing equipment? Whether you are an employee trying to improve your experience at work, a business owner trying to find innovative processes or anyone else, these blogs are for you. My name is Matt, and this is my industrial and manufacturing blog. I plan to write about equipment, processes, innovative ideas and designs, and much more related to these industries. I am a stay at home dad who used to work at a manufacturing facility where we made ball point pens. In two years when my twin daughters start nursery, I plan to launch my own business, but for now, I'm content to write, and I hope you like these pots.